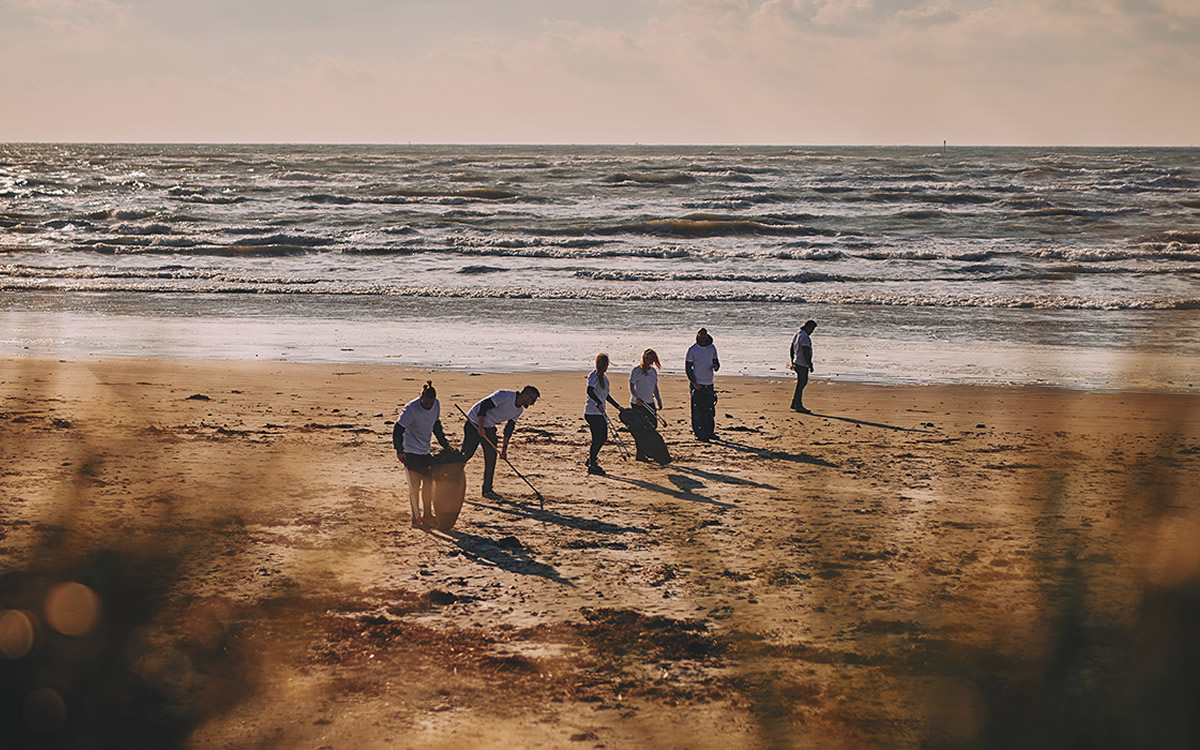 Capturing the value in packaging waste

If we are to create truly circular economies, where waste is minimised and reuse of materials is maximised, the starting point is understanding that packaging materials have value.  Importantly, we need to find ways to capture that value to prevent packaging from becoming waste at the end of its lifecycle.

That is why the Coca-Cola system is focusing on creating closed loop systems that can extract the maximum value from materials and products while in use and recovering, reusing, or recycling them after they have been used.

In 2018, the Coca-Cola Company launched the World Without Waste strategy, renewing a focus on creating a circular economy for plastic packaging and eliminating waste in the environment.

In line with this strategy, the company has made important changes to its policies, goals and partnerships. The company remains committed to being part of the solution to the plastics pollution problem and has made progress, but there is still much more to do.

In a recently released global report on plastic pollution from As You Sow, the company scored the highest (out of 50 companies) for its efforts in reducing plastic pollution, including its strong commitment to recycling, transparency for its packaging use and support for producer responsibility initiatives.

In South Africa, Coca-Cola is focused on making progress on the company’s ambitious sustainable packaging initiative, despite the challenges of the Covid-19 pandemic.

Coca-Cola’s World Without Waste strategy is an ambitious sustainable packaging initiative that aims to collect or recycle a bottle or can for each one we sell by 2030, and make 100% of our packaging recyclable by 2025.  As part of this vision, through our product innovations we have committed to use at least 50% recycled material in our packaging by 2030.

In addition, it is Coca-Cola’s goal to reduce the use of virgin plastic by a cumulative three million metric tons globally by 2025.

The Coca-Cola World Without Waste strategy gives prominence to the entire packaging lifecycle—from how bottles and cans are designed and produced, to how they are recycled and repurposed. The strategy focuses on three pillars: design, collect and partner for a waste-free environment.

PET, the highest-volume packaging material, is valuable, versatile, lightweight, shatterproof and can be recycled into brand new PET plastic bottles, which can be reused or refilled. In South Africa, Coca-Cola’s 2L Returnable/Refillable PET bottles have been rolled out across select regions in the country and in various flavours, saving landfill space and reducing the use of virgin PET, while saving consumers money. Once this returnable PET bottle is returned to one of our bottlers, Coca-Cola Beverages South Africa (CCBSA), it goes on a looped journey to be cleaned as per Coca-Cola’s stringent requirements and is then refilled to start its next lifecycle. When the bottle reaches the end of its useable lifecycle, it joins the recycling value chain and is repurposed into another PET bottle.

In the Western Cape, our other bottling partner, Coca-Cola Peninsula Beverages (CCPB) has been in the business of Returnables for almost 30 years with the launch of the 1.5L pack in 1992. Since then, they have invested in a Returnable Glass Bottle (RGB) production line and introduced a 300ml and 500ml bottle. CCPB now makes 11 flavours in 1.5L Returnable/Refillable PET bottles and the RGB packs are also available in different core flavours.

CCPB also introduced a paper label on 1.5L Returnable/Refillable PET bottles, 500ml and 300ml RGB bottles which has replaced the Applied Colour Label (ACL). Paper labels allow us to communicate to consumers on the ability to drive a culture and habit of “Returnable” among consumers and reduce waste as part of Coca-Cola’s World Without Waste pledge. It is also a great way to introduce Zero Products and Flavour extensions to all Returnable packaging.

The Coca-Cola Company has also taken another step in the right direction by moving from a full-shrink sleeve label to a part-shrink sleeve with a perforation for easy removal. The company’s new product packaging innovations have compelled it to re-look the way it designs and manufactures packaging materials. In South Africa, the Coca-Cola Company’s Sprite bottle went on a journey to clear packaging which means it is now more recyclable than before. Although the green PET plastic bottle was recyclable, its end-use market was limited. The new clear bottle allows for greater recyclability and increases its value to waste collectors and recyclers.

The company also introduced Returnable Glass Bottles under the fruit juice blend brand, Cappy. To achieve these goals, the company is focusing on creating closed loop systems that can extract the maximum value from materials and products while in use and recovering, reusing, or recycling them after they have been used.

Collecting for a sustainable future

Coca-Cola is an active member of the PET Recycling Company (PETCO). In the last reporting period, through initiatives supported by PETCO, 55% of post-consumer beverage PET bottles were collected for recycling, despite disruptions caused by the Covid-19 pandemic.

During the peak of the Covid-19 pandemic, Coca-Cola approved a R3-million grant and partnered with PETCO to support the national network of over 100 buy-back centres. The cash flow injection, which was deployed in 2021, ensured that they could open their doors when the economy reopened.

Importantly, the company’s support of the recycling sector supports income generating opportunities for more than 60 000 waste reclaimers as well as small buy-back centres, especially in the township economy.

To further empower waste reclaimers, Coca-Cola partnered with BanQu in early 2021 to introduce an innovative payment platform to enable cashless transactions, help reclaimers to develop a financial record and assist buy-back centres with automated recording and tracking of transactions. This project will be significantly scaled up in the coming months, through PETCO.

In partnership with PETCO, and in line with Coca-Cola’s World Without Waste strategy, our bottling partner, Coca-Cola Beverages South Africa (CCBSA), has partnered with Matongoni Recycling to increase the collection of PET bottles, and is ready to support collectors in Polokwane, Makhado, Messina, Venda, Tzaneen, Lebowakgomo, Thabazimbi and Lephalale.

CCBSA will embark on the following:

To enable the success of this approach, Coca-Cola has invested in the following: 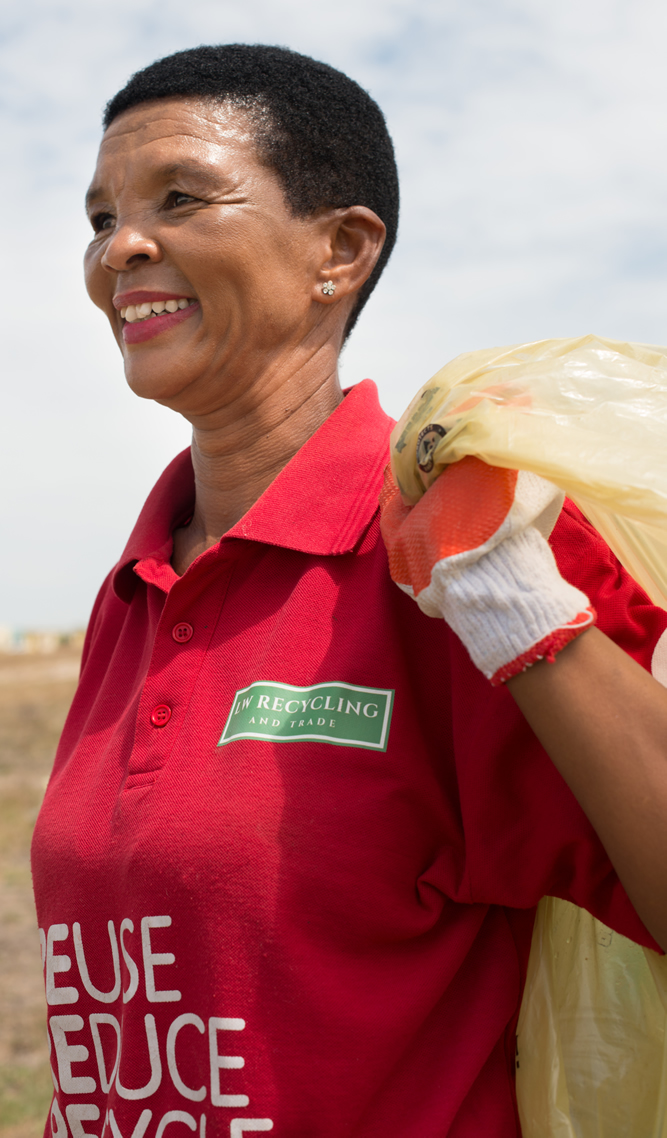 Partnerships across business, government and civil society are fundamental to scaling solutions and critical to reaching our collective climate target and achieving a circular economy.

Coca-Cola works with policymakers and industry partners to advocate for effective Extended Producer Responsibility (EPR) systems. These systems will provide an efficient, financially sustainable collection programme for all recyclable materials to ensure we can collect more bottles and cans for recycling and reuse.