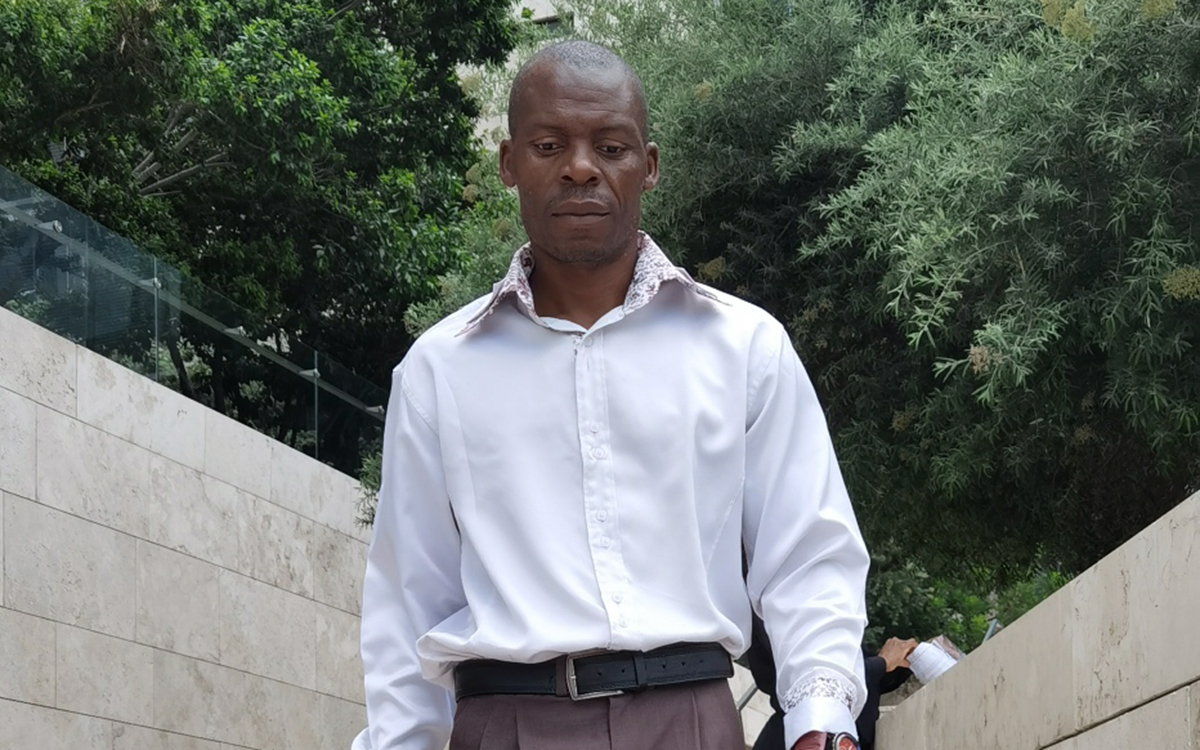 The Africa Regional Coalition for Sustainable Development (Arcosud) is an NPO based in Gauteng that promotes sustainable development in marginalised communities across southern Africa. The organisation works to create healthier communities through environmental education, skills development support and technology resources with the intention to create behavioural changes that will prevent diseases and reduce poverty, while increasing sustainability practices. All projects are based on permaculture principles, earth care and economic resilience.

Jackson studied phytotherapy, natural resources management and permaculture designing. “I believe that human beings are organic beings — we came from the ground, and all the nutrients and vital minerals we need to nourish ourselves, heal ourselves or even prevent infections are found in the ground.” This drives him to initiate programmes that work towards greening communities. “Our health depends on the health of the environment. This gives me the zeal to preach about the need to conserve our environment,” says Jackson.

For Arcosud, greening the future means taking action as governments, organisations and individuals to reverse the effects of humanity’s actions on the environment. “We have been cutting down trees for various reasons, poisoning the environment with chemicals and causing erosion of our precious topsoil as a result of conventional farming methods. All these actions have left the earth in a barren state and now we are forced to redress the situation and bring back life to our planet.”

“Understanding where humanity comes from, and the fact that our health depends on the health of the environment, is where sustainability starts.” 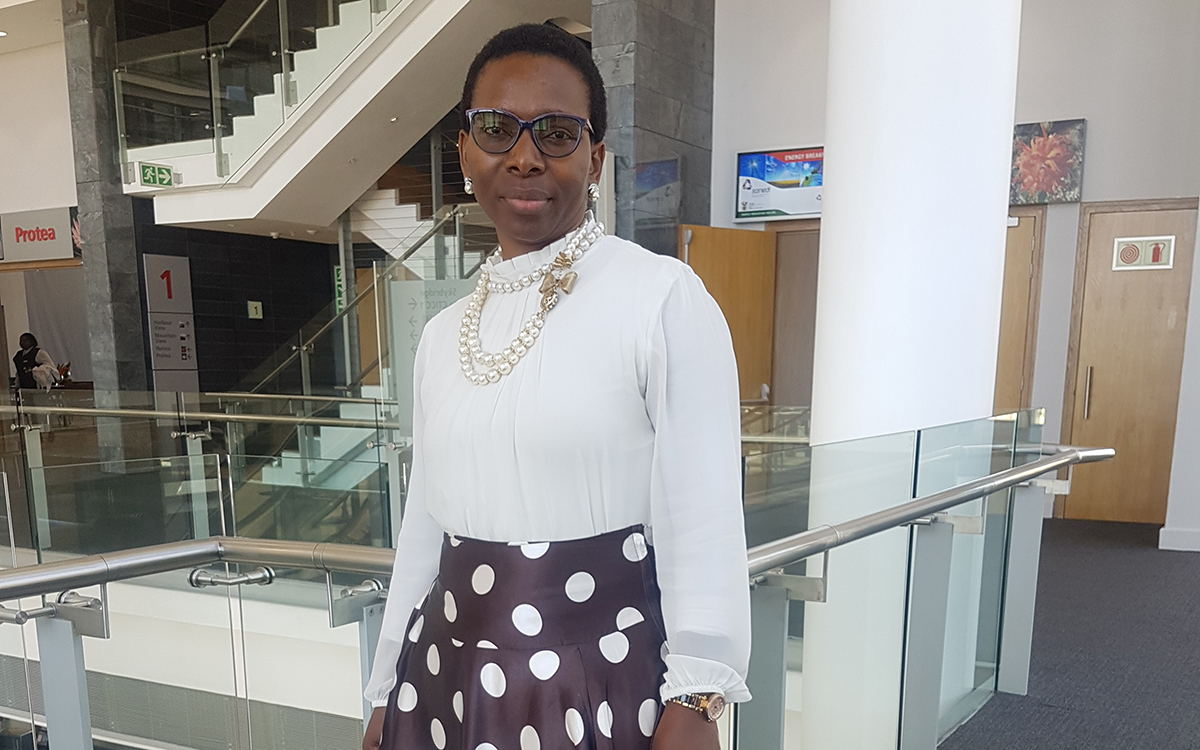 Her current responsibilities include planning and co-ordinating initiatives and interventions focused on the development and improvement of the energy efficiency market; ensuring integration of energy efficiency initiatives with relevant associated institutions; conducting socioeconomic analyses; and monitoring the effectiveness of these initiatives.

Modise co-ordinates and oversees the work of the South African National Energy Development Institute, the state entity charged with facilitating renewable energy research co-ordination and collaboration, and the dissemination of national and international renewable energy knowledge contributing towards a sustainable low-carbon energy future. Modise’s responsibilities also include co-ordinating the implementation of international energy agreements and compliance with the National Environmental Management Plan.

“Energy efficiency is a cross-cutting function and therefore, whilst the department remains the policy lead, we have to work very closely with other mandated
government institutions and the private sector, among other entities,” she explains. “Simply put, we have to work with all the citizens as it also holds the individuals to be energy efficient in whatever we are doing, even in our private spaces.”

Modise began her career as a lecturer at what is now known as Capricorn TVET College in 1995 before heading back to university, where she obtained a master of science in water and environmental engineering degree. She joined the North West provincial department of agriculture, conservation and environment, then went on to hold positions in the Rustenburg Local Municipality and the departments of land and water affairs before joining the energy department in 2009.

“We have to work with all the citizens to be energy efficient in whatever we are doing, even in our private spaces.” 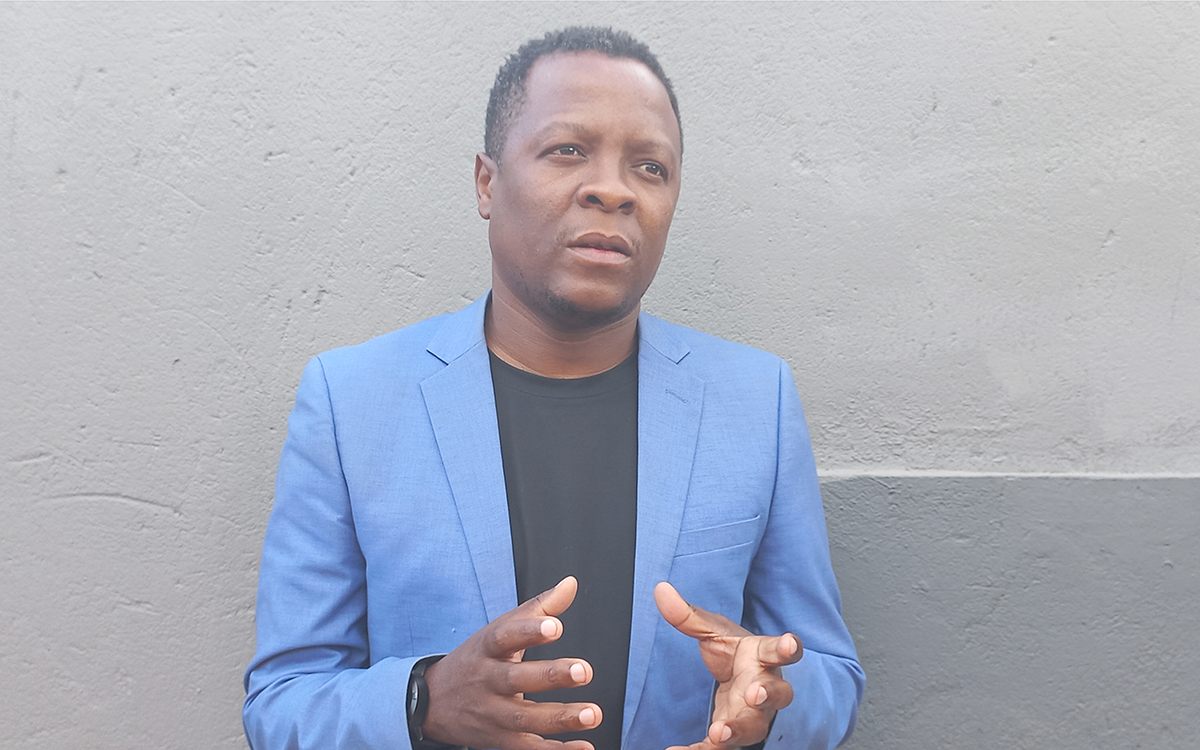 Motheo Seleke is a champion for the inclusion of emerging black clean energy entrepreneurs into the economic mainstream. He is a founding member of the Renewable Energy Entrepreneurs Forum (South Africa), also known as REEF(SA), an empowering national network that supports and develops a successful transition to clean and affordable renewable energy, with a focus on previously disadvantaged communities.

“We advocate and lobby for accelerated economic inclusion, skills development and job creation,” he says. “We empower people in the renewable energy space through business and employment, and we provide the means to study to remove barriers so they can grow in the industry.”

Sustainability and clean energy have always been passion points for Seleke, who is an alumnus of the Wildlife Film Academy and also the founder of his own consultancy firm, EnergyBlue. The firm offers support for public and private sector clients who want to use solar and wind system solutions as reliable energy sources. “An exciting project we’re working on at the moment is an early adopter programme that helps the public sector solarise government buildings,” says Seleke.

His main motivation is encouraging the participation of black emerging clean energy entrepreneurs — in the Northern Cape there are 59 Renewable Energy Power Producer Procurement Programme (REI4P) projects alone. The REI4P is a government effort launched in 2011 with the primary goal of diversifying South Africa’s energy mix.

In the future, he hopes to see diverse stakeholders make more of an effort to upskill black youth and women when it comes to clean energy installations, and the acceleration of rooftop solar power as an economic driver in South Africa’s townships.

“We empower people in the renewable energy space through business and employment, and we provide the means to study to remove barriers so they can grow in the industry.” 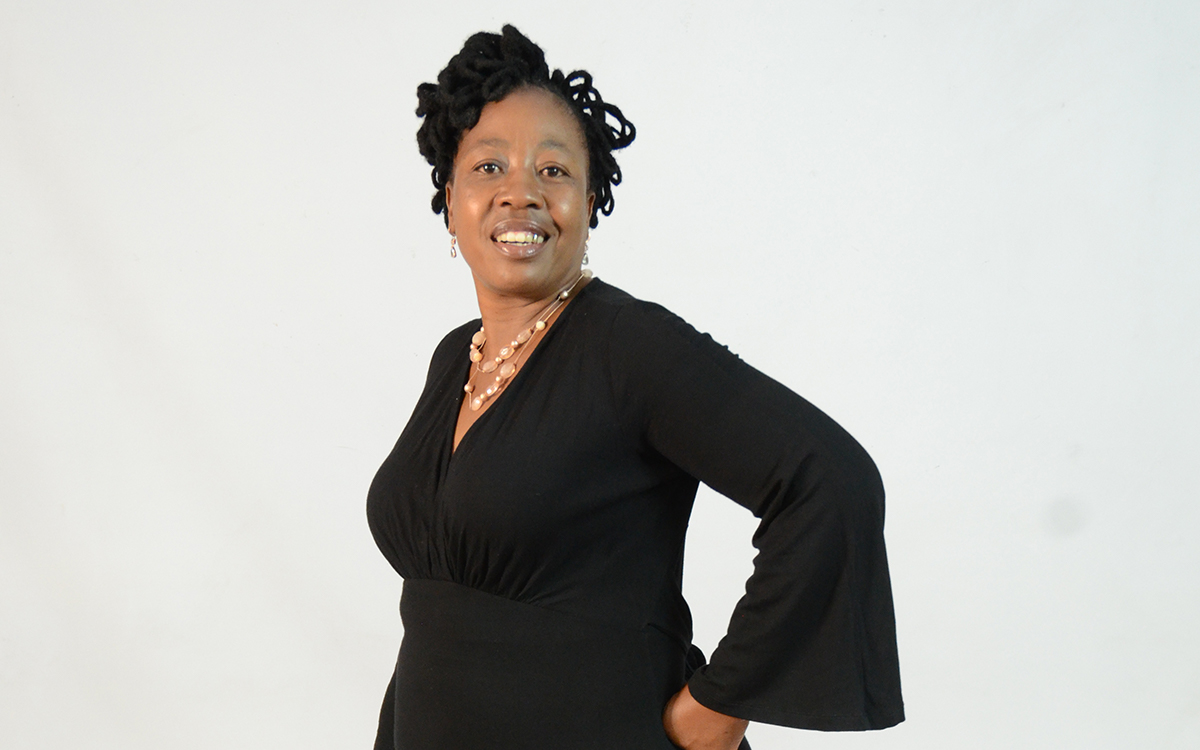 The violation of her rights and those of her community led Francina Nkosi to become a human rights activist, with a focus on women in mining-affected communities. “I had a burning desire to settle disputes between the community and mining bosses,” she says. “I wanted the community to have basic services like water, sanitation, electricity and proper housing.”

As a representative of Waterberg Women Advocacy Organisation and other like-minded NGOs, Nkosi’s work has taken her all over the continent, giving her the opportunity to interact with communities similar to her own, and learn about renewable energy sources such as wind, solar and hydropower — things she believes are vital to the environmental justice she seeks.

Nkosi sits on the steering committee for WoMin African Alliance, a Johannesburg-based NGO comprising women activists, communities, organisations and movements aiming for political convergence on the issues she cares about.

While she does concern herself with the broader community, it is the voices of women that she specifically strives to represent. “As women, our roles often make us uneven users of natural resources such as water and firewood, and yet women face more risks and a greater burden from the impact of climate change caused by poverty, which is why I say energy is a women’s issue.”

Advocating for women’s rights and equal participation in formal decision-making is challenging, according to Nkosi, who says her advocacy has often led to intimidation and threats. Still, she remains steadfast and undeterred. “In South Africa, we have good policies which are not implemented. This country is rich with minerals, but we need to adopt a just transition to renewable energy sources that will lead to sustainable jobs,” she says.

“I had a burning desire to settle disputes between the community and mining bosses,” Francina Nkosi says. “I wanted the community to have basic services like water, sanitation, electricity and proper housing.” 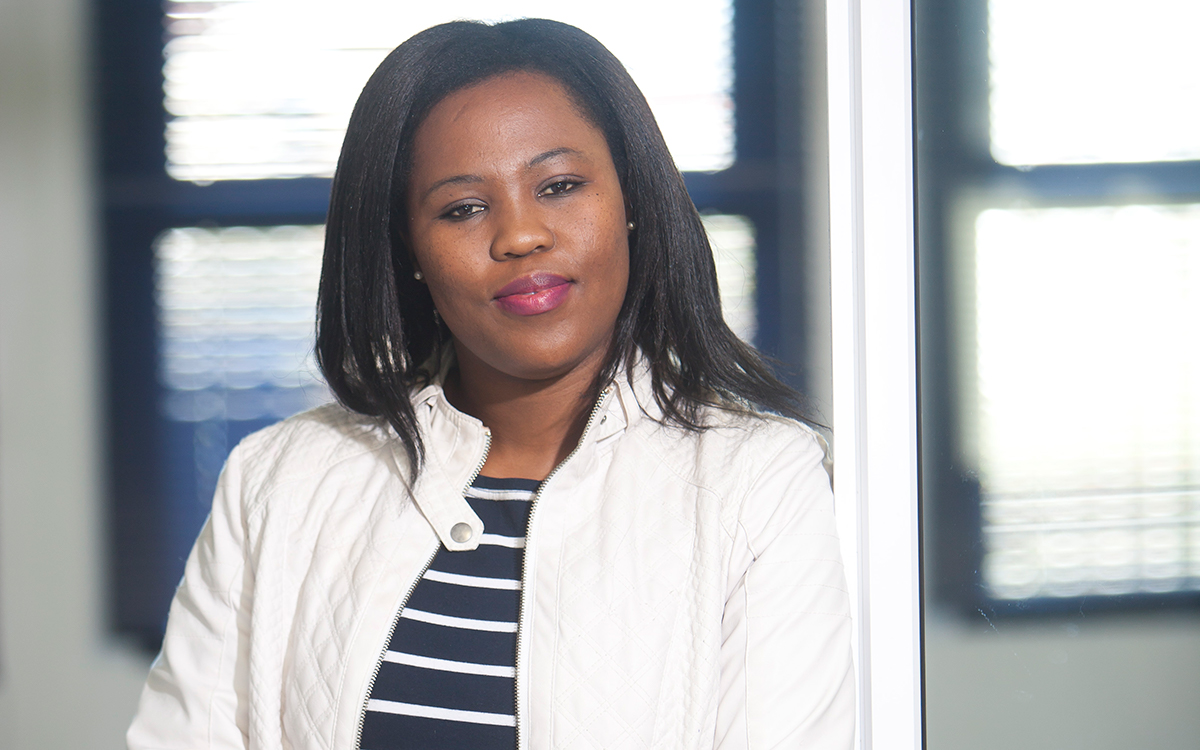 Sandiswa Qayi is an entrepreneur and one of three co-founders of a business focused on conservation and energy efficiency.
AET AFRICA, an East London-based company established in 2012, is at the forefront of manufacturing and supplying clean technology products and components that “talk to the African condition”.

According to Qayi, export technologies are not designed for Africa’s unique environment, making them ineffective and expensive to maintain. Their slogan “conserve, renew and reuse” shows their commitment to sustainability, and Qayi is determined to keep it that way.

Qayi and her partners have been actively researching and developing energy efficiency products in an effort to cut operational costs for users. The award-winning Hotspot is one such product: launched in 2018, the retrofitted geyser sleeve provides faster, longer-lasting hot water and uses 27% less energy.

AET AFRICA is currently testing the Heat Raider, a pioneering product designed to harness heat waste emitted from cooling appliances such as refrigerators. The concept came from one of the business partners who was accidently burnt while repairing a fridge. AET AFRICA currently has six prototypes installed and expects to get their product to market by 2022.

Qayi grew up in a rural village without electricity, so energy conservation has always been a part of her life; she recalls placing basins of water in the sunshine to get hot water. For some, conservation is already a way of life, but we should all be thinking about it in terms of how we live, she believes. “The challenge is to maintain focus on conservation. We need to educate.” 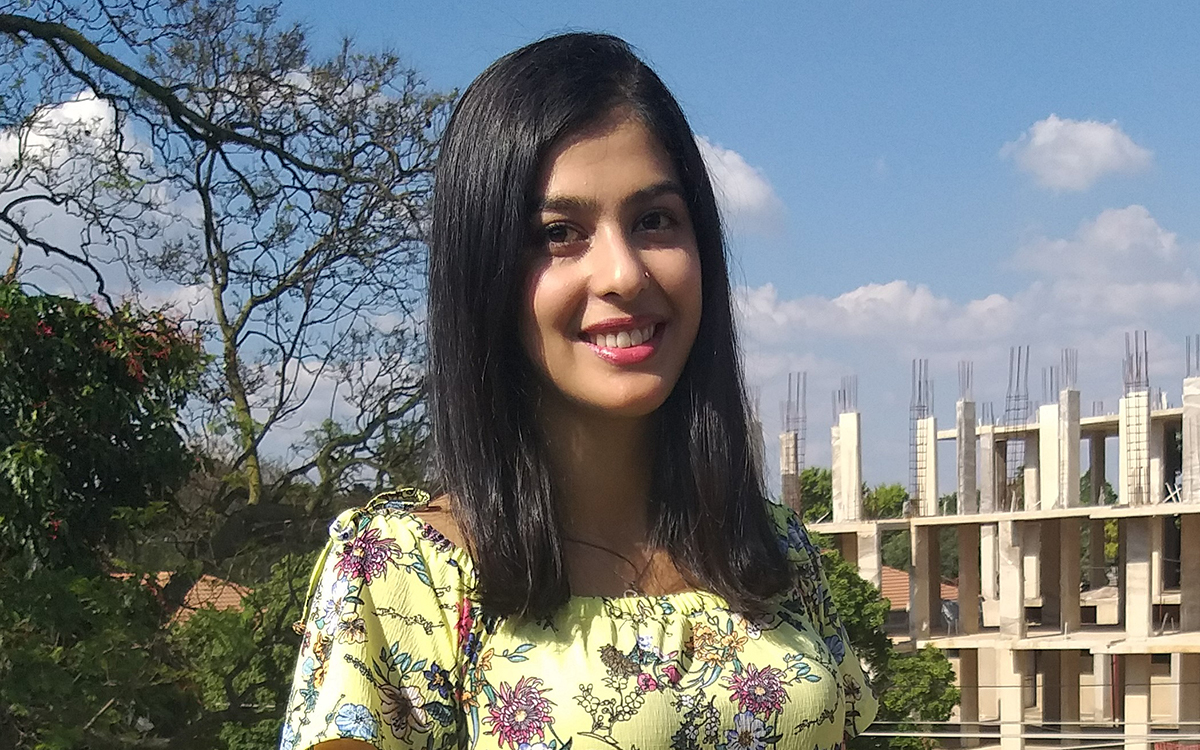 Humna Malik was a nominee in the Mail & Guardian 200 Young South Africans awards 2019 for her work on a renewable energy project during her honours year at the University of Johannesburg in 2013. She continues her involvement with the Council of Scientific and Industrial Research as a senior engineer in the defence and security cluster. Her projects embrace the safety and security of all South Africans and range from anti-rhino poaching to renewable energy research.

There is still a lot of work to do to have a “significant positive socioeconomic impact while helping to preserve our environment,” says Malik. According to her, the most significant difference that we as individuals can make is a change of mind-set. The consequence of our every action should be continually evaluated. “There is a need to evaluate our actions to discover a synergy with the environment and ecosystems we are a part of,” she adds.

“We can no longer claim ignorance with the abundance of data and information we have available to us. When we begin to consider a greener future in our daily lives and change our little habits, these small efforts will add up to make a big difference.”

Malik is looking towards a greener future and hopes her career will provide the opportunity for her to make a considerable impact in creating a world that is safer, more secure and environmentally friendly.

“We are possibly the last generation with an opportunity to save the world. The notion that someone else will do it is our biggest threat. It is our responsibility to preserve and care for the planet on which we all live. “Let’s start small,” she says “and save one starfish at a time!”

“Every small step contributes to a more significant change.”