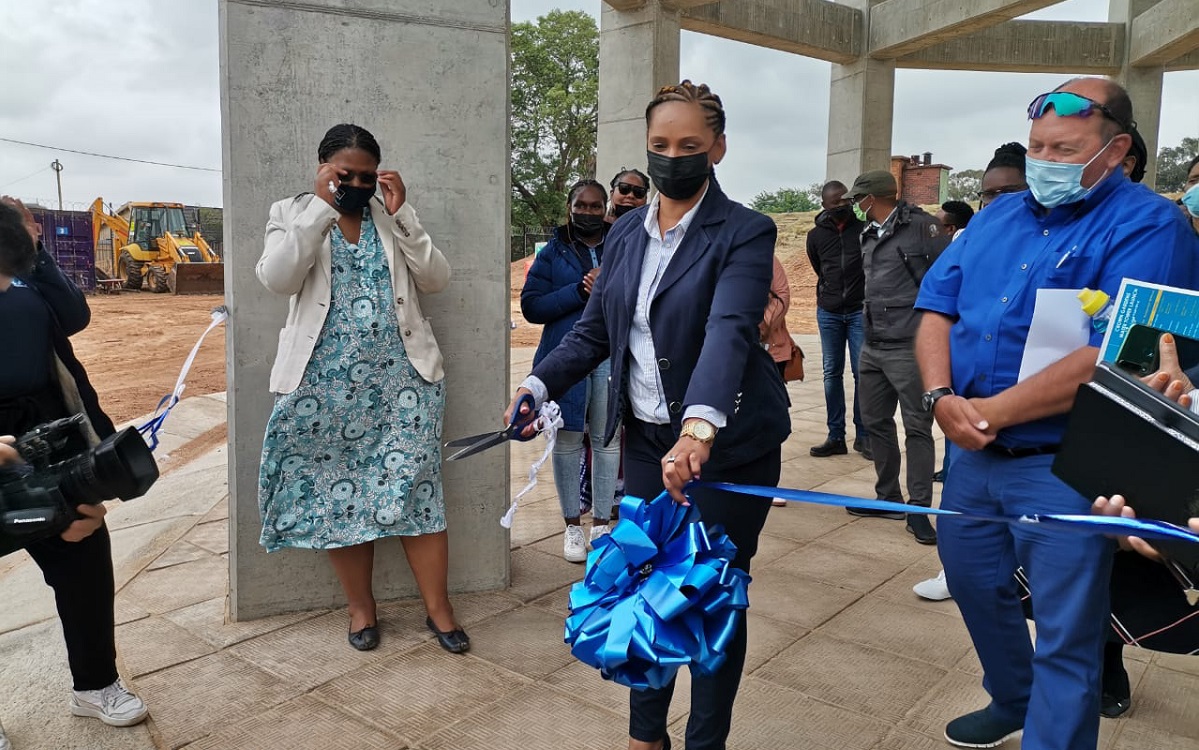 Water scarcity is a challenge in many parts of the world, and South Africa is a water-stressed country, making this challenge a local phenomenon. There is an imbalance between growing competing water demands and the increasingly erratic availability of sufficient quality freshwater.

These were the words of MMC Tania Oldjohn at the recent launch of the refurbished Crown Gardens Water Tower. The City of Johannesburg has implemented water restrictions as a directive from its bulk issues, these restrictions impact a number of issues including growing pressures from agriculture, energy production, industries and hygiene. The City of Johannesburg is striving to ensure delivery of quality uninterrupted water services to minimise frustration and inconvenience to residents.

But these efforts will fall short,” noted Oldjohn, “unless we resolve the question of access to finance for water infrastructure. We need to propel the process of closing the gap of the current backlog of upgrading and constructing water infrastructure to be able to meet the water demands of the growing population of the City.”

The MMC said it is imperative that the residents work alongside the City by keeping water conservation top of mind as well as safeguarding the City’s infrastructure. This can be achieved by decreasing the daily water usage of each household, eradicating illegal water connections and logging service delivery calls on time. The Crown Gardens complex previously consisted of just a 22.4-megalitre concrete reservoir, as well as a 1.1-megalitre concrete water tower.

A new pump station is part of the plan to increase capacity in the Crown Gardens complex. The new pump station will be equipped with three pumps, each delivering 153l/s at a height of 35m. The design further allows two pumps to deliver the expected peak consumption of 306l/s, with the third pump on stand-by. The pump station is designed to house the fourth pump in future, should the need arise to increase the pumping capacity. During the construction process, eight SMMEs were appointed for the project. The appointment of the contractor was on condition that 20% of the construction activities were subcontracted to the local community, with particular emphasis on skills transfer. This resulted in 31 local labourers’ opportunities, of which 28 went to development of local women labourers. 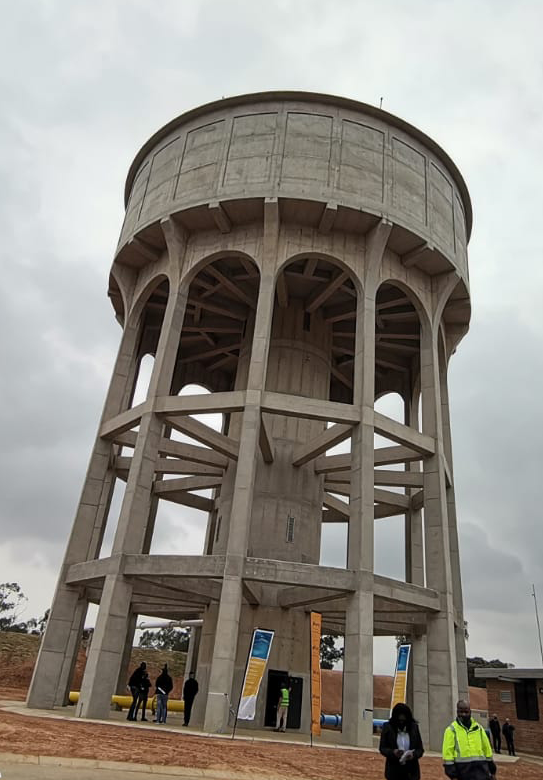 It was commissioned in the 1950s; for the past 50 years this complex has been adequately feeding Southdale, Mondeor, Ormonde, Robertsham and surrounding areas. Johannesburg Water began building an additional 2-megalitre elevated tower in 2019 when the storage capacity of the existing tower became inadequate for the demands of an increasing population, which saw an increase in water shortages in the area due to demand exceeding supply.

The project was planned to be completed in August of 2020, but due to challenges such as work stoppages by the local community, excessive rainfall as well as the Covid-19 pandemic, the project was only completed in October 2021 at a cost of a little over R56- million for skills transfer, labour, operational costs as well as jobs created during the construction of the tower.