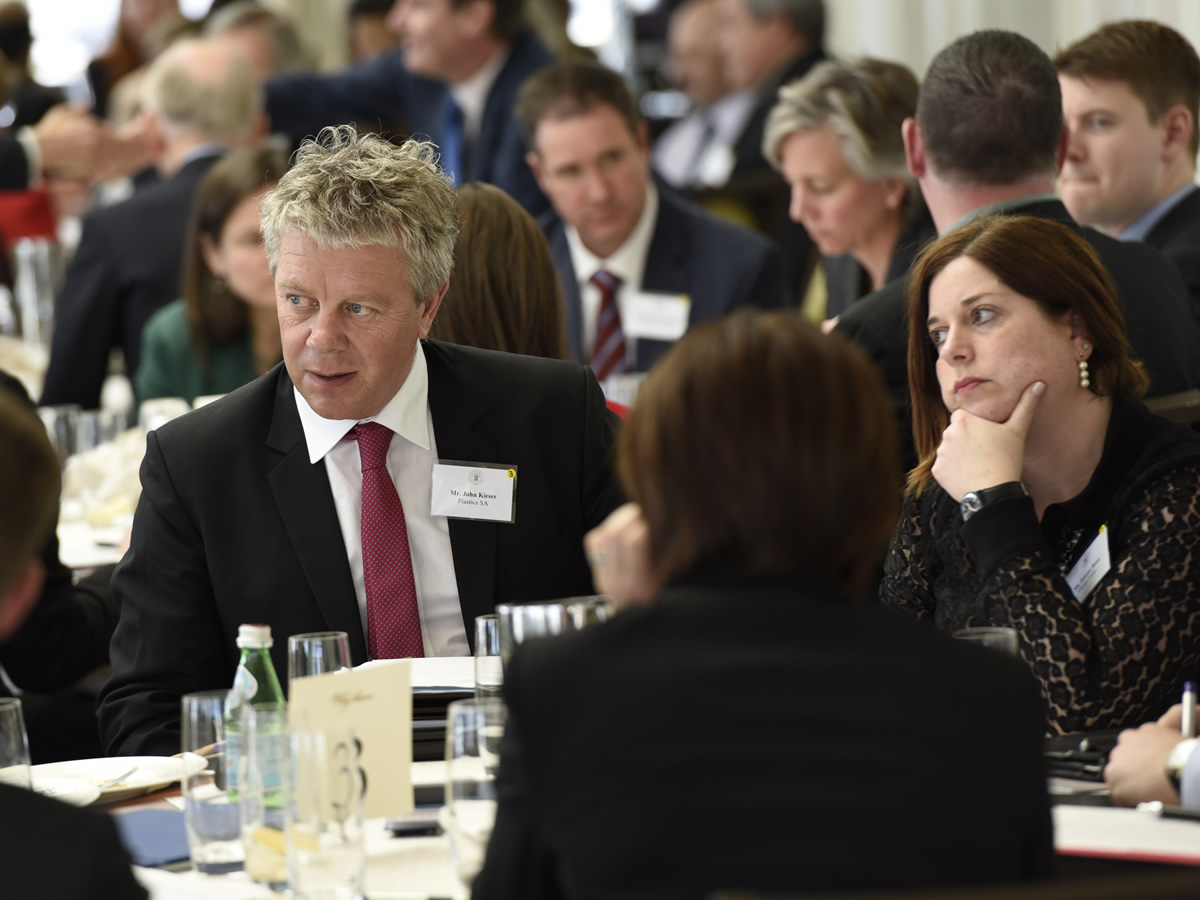 “Many consider plastic to be one of the natural environment’s biggest enemies, but John Kieser, sustainability manager at Plastics SA, is passionate about creating an environment where the natural world and man-made technology can coexist.

His interest in marine life and pollution started when the government appointed him as a fisheries inspector. He noticed that there was a lack of experiential training in the world of conservation: “Most of the environmental educators focusing on the marine and coastal area were very knowledgeable, but lacked experience in the field.”

Kieser brings this experience to his role at Plastics SA, where providing accredited training to the plastics industry is one of six core focus areas.

Plastic is affordable, decreases our carbon footprint and makes the 21st century technology we depend on possible.

“On the other hand, we as an industry need to ensure that if a product is manufactured in South Africa or is imported, it can be recycled.”

The sustainability section of Plastics SA leads a number of environmental projects: beach clean-ups, providing bins for fishing lines at angling spots, and Operation Clean Sweep, aimed at keeping plastic pellets out of the natural environment.”

“Sustainability is just another word for conservation, and conservation has always been mistaken for preservation. We do not protect just to ensure an aesthetically pleasing South Africa, but also so that we as humans live in harmony with our environment, not to the detriment of it.” 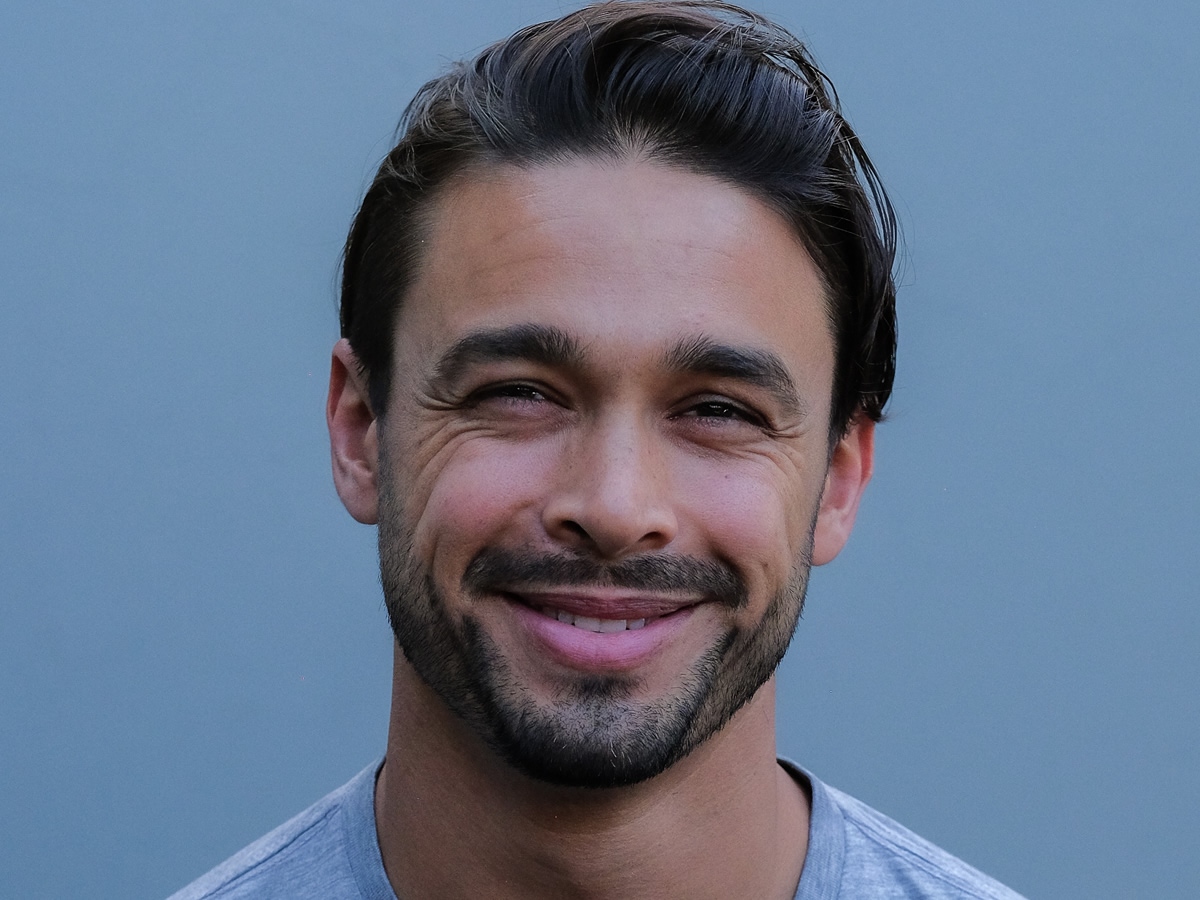 “Samir Randera-Rees’s passion for nature kicked in when he was growing up in Johannesburg. “My garden was my playground, and my parents would show me nature documentaries and take us on occasional trips to the bush. This exposure piqued an interest in my young mind that would remain with me for the rest of my life,” he says.

“When I started university I wasn’t planning on going into the environmental field. I saw my interest in nature as more a hobby than a vocation, but in my first environmental science elective class, the crushing weight of the scale of environmental destruction came down on me, and I realised that if people who have a passion for nature do not dedicate their lives to protecting it, then nature doesn’t stand a chance.”

From that moment on, Randera-Rees was dedicated to gaining the knowledge and skills needed to make a positive impact on the environmental struggle.
After completing a degree in Environmental Science and Economics at UCT, followed by several game ranger courses, he completed a Master’s in Conservation Ecology.

In 2014, Randera-Rees developed a mobile app called Whispers of the Wild, an audio-visual digital game ranger that enriches the experience of safari tourists, giving them a heightened appreciation of nature and conservation. He also completed a stint in TV, presenting on the acclaimed documentary show 50/50, and working on the documentary series Keeping up with the Kruger.

Randera-Rees volunteered to manage a project for the WWF Freshwater Programme in the Outeniqua Mountains and then a position opened up in the Freshwater Programme. He was appointed programme manager of the Water Source Areas programme in 2017 and has since been dedicated to improving the protection and management of important landscapes in South Africa.

Randera-Rees’s work is focused on protecting the Strategic Water Source Areas, which supply 50% of South Africa’s water and are vital to economic, food and energy security. South Africa is a water-scarce country, and he explains what this means: “It means that we are currently at the edge of our water supply right now. Demand for water will outstrip supply by 17% by 2030. We are facing a changing climate where our water supply is likely to become more erratic, and that means we need to take actions to respect and protect water at every point along the water supply chain, starting with protecting our water at its source and prioritising the ecosystems that capture, store, clean and release our water.”

The WWF’s goal is to improve the management and protection of the Strategic Water Source Areas, by halting degradation and restoring and rehabilitating already degraded ecosystems back to a functional state in order to avoid future crisis situations. 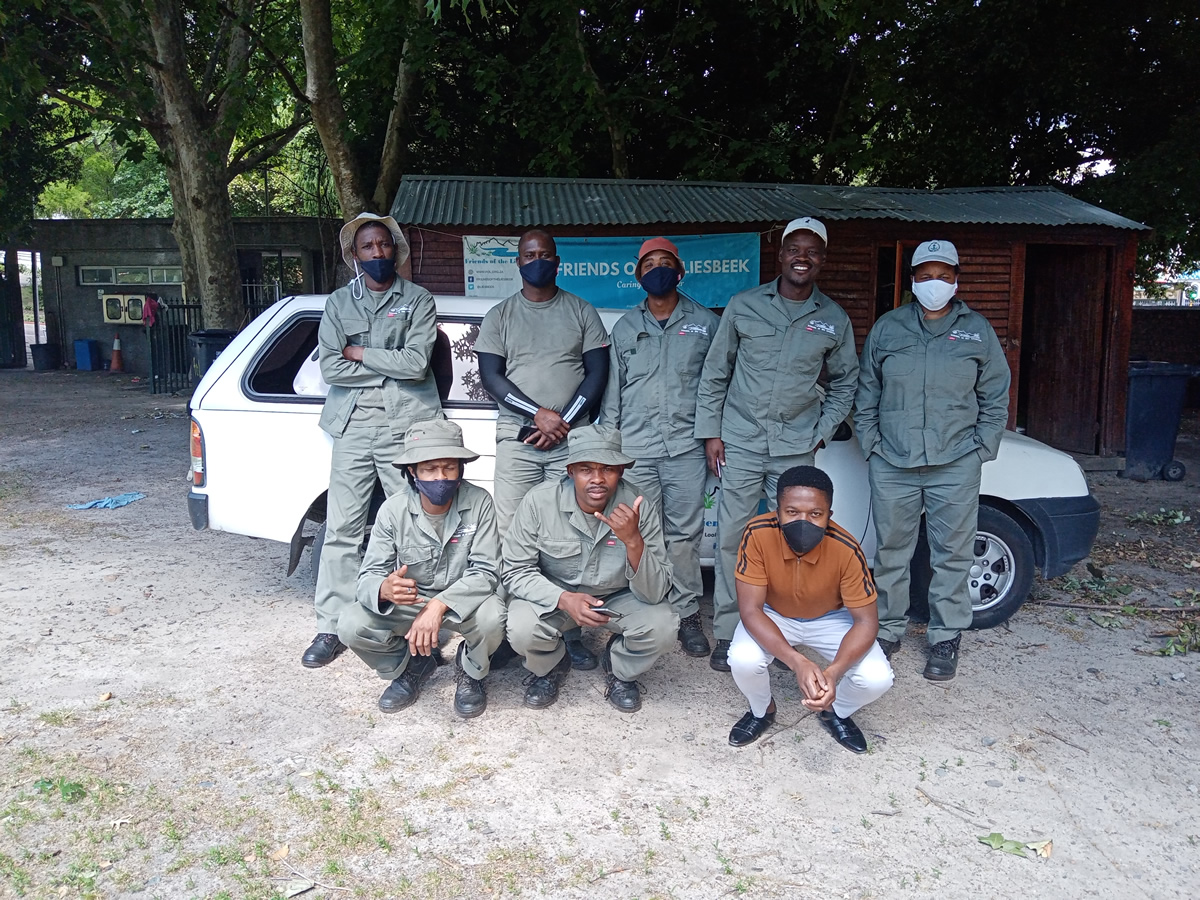 “The Friends of the Liesbeek is a non-profit organisation working tirelessly to preserve the environs of the Cape’s Liesbeek River. Founded in the early 90s by resident volunteers, FoL looks after the river, which runs through mixed-use urban areas.

The FoL team performs river clean-ups and alien species control, as well as leading environmental awareness outreach programmes and the development of the Liesbeek River Life Plan, a roadmap to
rehabilitate the river.

Sabelo Memani, Liesbeek Maintenance Project’s project manager, explains that urban rivers and their environs play a crucial role in climate-change mitigation and adaptation, and the health of the people located along it. With the employment of permanent workers by LMP, the Liesbeek River’s condition continues to improve and is being maintained as one of the best examples of an urban river project in South Africa. Memani explains that the Covid-19 pandemic has threatened their business model, which relies on funding, much of which has been lost owing to the financial pressures of lockdown.

“Since the formal inception of the Liesbeek Maintenance Project (LMP) over 11 years ago, the condition of the Liesbeek River has continued to improve and it is often referred to as one of the best examples of how an urban river can be maintained in partnership between community-based groups, private funders and a local authority,” says Memani. 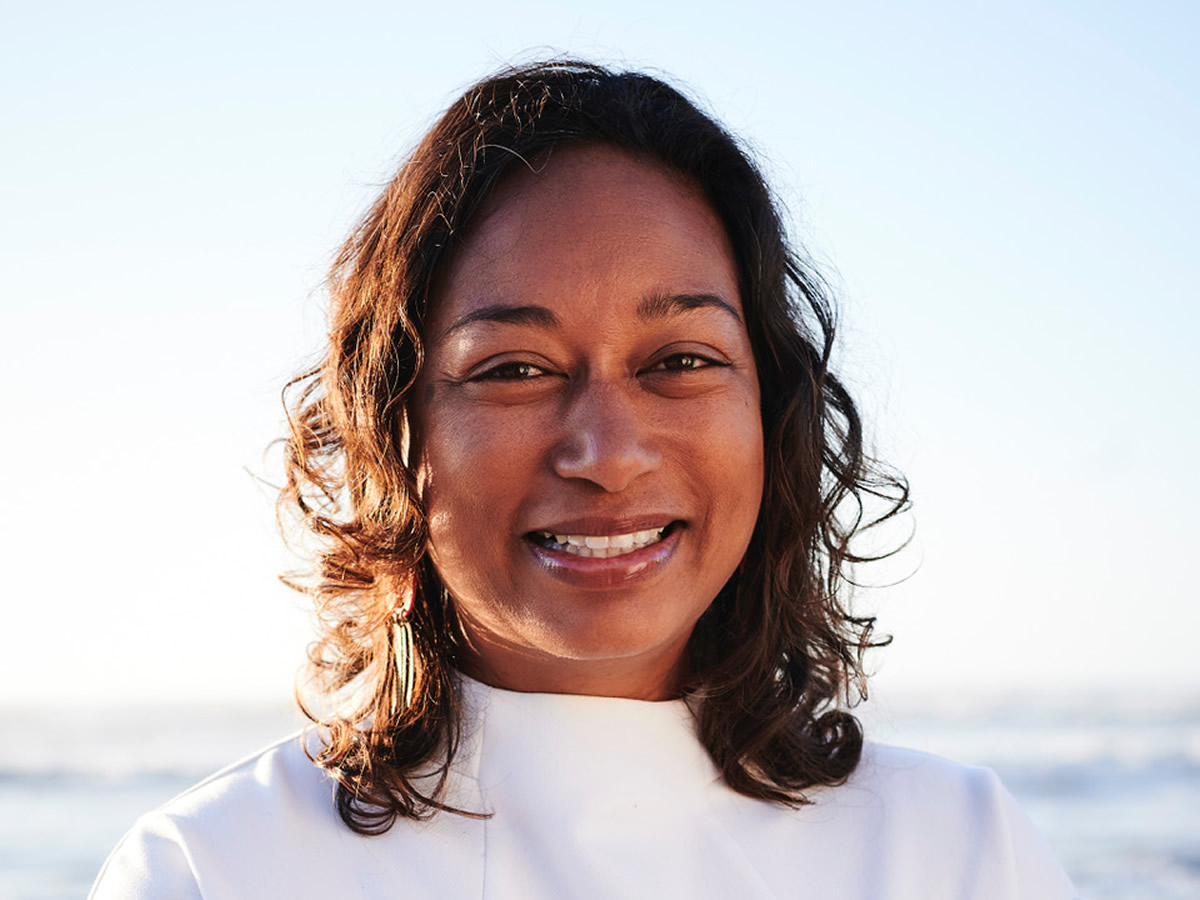 “Aaniyah Omardien is the founder and director of The Beach Co-op, an organisation focusing on building an ocean-loving culture in Cape Town.

“I fell in love with the ocean as a young girl in Cape Town, where the mountains meet the sea. This connection to blue and green spaces motivated me to study geography and atmospheric science at the University of Cape Town.”
The Beach Co-op is involved in beach clean-ups, and works collaboratively with ocean communities and other role players to protect and restore ocean ecosystems.

“The Beach Co-op has been working with the City of Cape Town to improve their understanding of the biodiversity in some of the city’s tidal pools, and to share this knowledge with residents,” she says.”

“Our goals are to empower coastal communities as keepers of oceans, and to keep South Africa’s beaches clean and healthy” 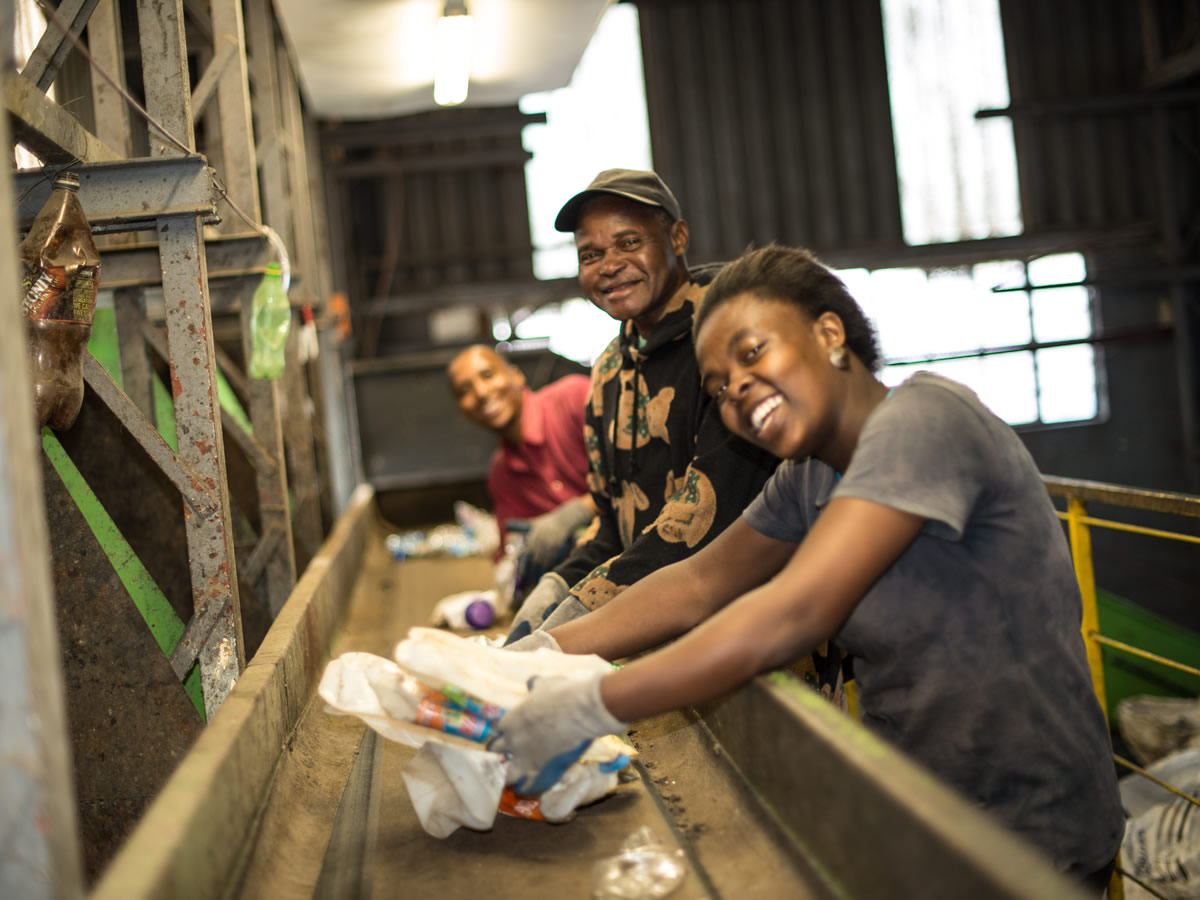 “PET” is the acronym for a versatile, sophisticated plastic called Polyethylene Terephthalate, which is used to make the most common container in the soft drink market today: the plastic bottle. PET is globally recognised as a safe, recyclable packaging material for food and non-food products. It is used for a wide variety of applications because it is safe, strong, shatterproof and chemically 100% recyclable into various PET products (such as fibre for duvets and pillows) and bottles, when basic design principles are followed.

Although the PET plastics industry acknowledges the convenience and life-saving qualities of plastics, a solution for post-consumer plastic packaging is critical in order to minimise its impact on the environment. PETCO views itself as a catalyst of design for recycling innovation, preserving the value of existing resources and utilising recycled PET in more and more applications.

PETCO estimates that more than 64 000 income opportunities are created every year through PET bottle recycling for small and micro-collectors. Plastic and other pollution are some of the biggest challenges currently facing the planet and the accumulation of plastic waste and other debris on land and its leakage into the sea is a growing, costly problem. Through PETCO and its members, 5.9 million bottles were collected for recycling every day in 2019, keeping them out of the environment and ocean where they do not belong.

The company raises awareness for the plastic pollution crisis by being involved in various ocean-conscious events such as the African Marine Network conference, and educating the public on the need for a circular economy.”