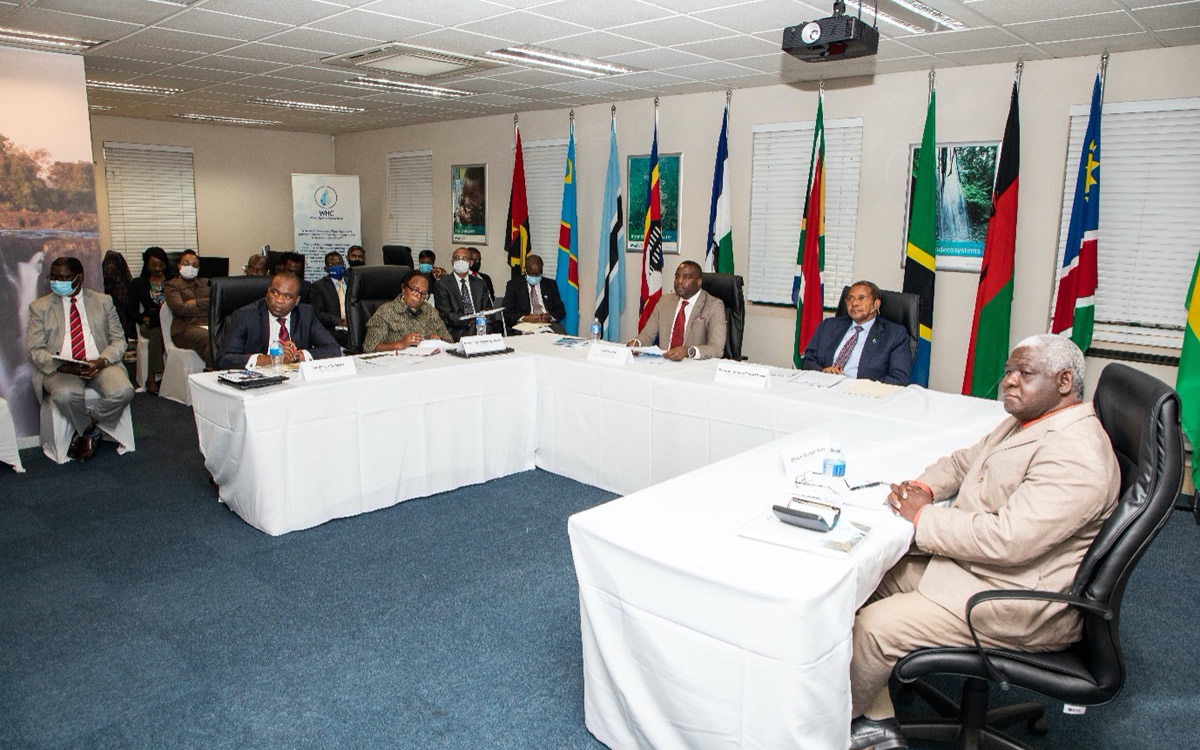 The continent is most affected by climate change, but contributes only 4% to global emissions.

Africa was high on the agenda as world leaders met in Glasgow on 1 and 2 November for the 26th session of the Conference of the Parties (COP26) to the United Nations Framework Convention on Climate Change (UNFCCC).

The World Leaders Summit, hosted by Prime Minister of the United Kingdom Boris Johnson, resulted in global and historic commitments concerning deforestation, reducing methane emissions and signing up for a clean technology breakthrough agenda, among others.

For African leaders, led by Félix Tshisekedi, President of the Democratic Republic of the Congo and current Chairperson of the African Union, the focus remained on securing climate finance for responding to climate change in Africa — specifically the $100-billion targeted annually for climate finance to underdeveloped countries, which has not yet been delivered.

Tshisekedi noted that the global effort on climate change “can’t be won unless it is won in Africa”, which is home to 1.3-billion people. He was one of several African leaders, including Tanzanian President Samia Suluhu Hassan and Kenya’s Uhuru Kenyatta, to highlight Africa’s plight in the face of climate change. 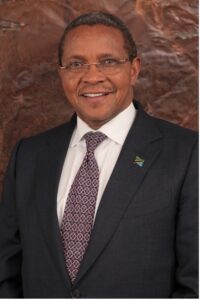 The 2021 report of the Intergovernmental Panel on Climate Change States found that the rate of temperature increase in Africa is faster than the global average. Despite being most affected by climate change, the continent contributes only 4% to global emissions.

Hassan told world leaders: “Our pride, Mount Kilimanjaro, is drastically becoming bald due to glacier melting. Our exotic and beautiful archipelago, Zanzibar, is struggling with temperature rises, saltwater intrusion and inundation, thus impacting its tourism ecology. What does all this mean to a poor country like Tanzania? It means 30% of our Gross Domestic Product — that comes from agriculture, forestry and fisheries — is not sustainable.”

In an event on the margins of the World Leaders Summit at COP26, former Tanzanian president Jakaya Kikwete called on the international community to support the establishment of an International High-Level Panel on Water Investments in Africa, which is urgently needed to accelerate investments in water security on the continent.

Kikwete, speaking in his capacity as chair of Global Water Partnership (GWP) Southern Africa and Africa Coordination, was addressing delegates from COP26’s first ever Water Pavilion on 2 November during the event named Towards an International High Level Panel on Water Investments in Africa.

‘’We urgently need the panel because of our circumstances. One in three Africans face water insecurity, about 400-million Africans have no access to safe drinking water and about 700-million do not have access to good sanitation. The economic and service sectors do not get the water they need for optimal performance, thus impeding socioeconomic growth and development,” said Kikwete.

“I am delighted to inform this assembly that GWP has joined hands with the African Ministers’ Council on Water (AMCOW), African Union Development Agency (AUDA-NEPAD), African Development Bank (AfDB), UNICEF, UNDP and Global Centre for Adaptation (GCA) to convene the Panel. Work of appointing persons to be members of the manel is ongoing by the convenors. We in Africa can’t wait to see the panel established and start working,” said Kikwete.

Ambassador Henk WJ Ovink, special envoy for International Water Affairs, Kingdom of The Netherland, who moderated the side event stated that the panel, which will be assembled from Heads of State in Africa and abroad over the course of 2022-2023, plans to develop a high-level action-forcing report and investment plan for the 2023 UN Conference and African Union Heads of States with a clear pathway and recommendations for countries to mobilize $30-billion per year towards bridging the water investment gap in Africa.

“The AfDB estimates that US$64-billion will be needed to be invested annually to meet the 2025 Africa Water Vision for Water Security for all,” said Kikwete. “Currently, the figure stands between $10-billion and $19-billion, thus leaving a huge investment gap to be filled.”

Kikwete added that Africa’s water insecurity is only worsened by climate change. “As a result there is increased frequency and intensity of heavy precipitation in some parts of Africa and recurrent periods of drought in many parts of our dear continent.”

“At the centre of this crisis is the African farmer. With over 95% of African food production being rain-fed, Africa’s poor subsistence farmers are among the most hurt by climate change.”

In 2019 AMCOW recommended that the Continental Africa Water Investment Programme (AIP) be conceived. Subsequently, the AMCOW Secretariat teamed up with African Union Development Agency – NEPAD, African Development Bank, Global Water Partnership in Africa and others to undertake the work of conceiving and developing the AIP.

“Therefore we call on African leaders to ensure that the African Union is pulling both the AIP and the proposed International High-Level Panel on Water Investments in Africa from the front. Water ministers also have a role to ensure that their leaders remain engaged throughout.” Moripe was speaking at the same event during COP26.

The AIP was adopted by the Assembly of the African Union Heads of State and Government as part of Programme for Infrastructure Development in Africa – Priority Action Plan 2 (PIDA-PAP 2) during the 34th ordinary session of African Union summit on 7 February 2021. 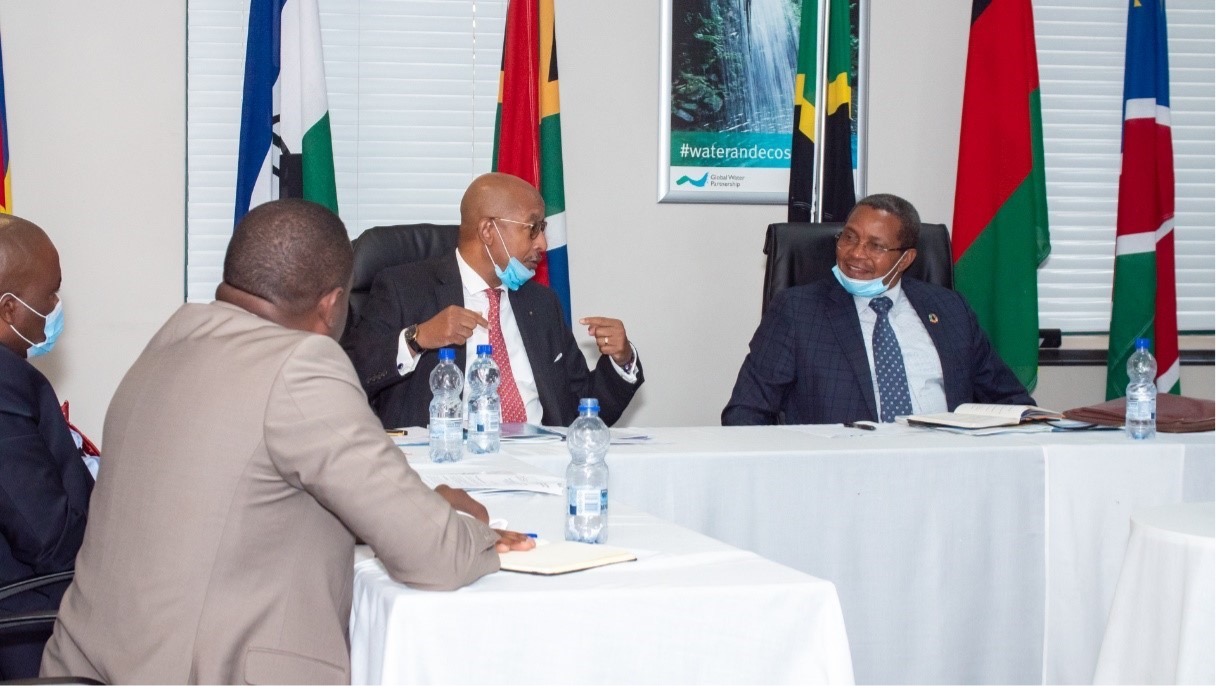 “The AIP was selected as part of PIDA-PAP 2 because we saw its potential to contribute to transboundary and regional investments in water — especially emphasising a nexus approach that finds linkages between health, energy, water and food security,” said Dr Towela Nyirenda-Jere, Head: Economic Integration Division at AUDA-NEPAD.

“We are honoured to be part of the convenors of the panel that will move Africa’s water agenda forward,” added Nyirenda-Jere.

The AIP aims to leverage financing from development agencies, green climate funding, national budgets, and the private sector. The latter is a historically low source of funding for the African water sector, with only about $3-billion invested in sub-Saharan African water projects compared to $41.7-billion in East Asia and the Pacific and $36-billion in Latin America and the Caribbean since 1990. Reversing this trend will be a key challenge for the AIP.

The GCF is the largest global fund dedicated to help fighting climate change, and was established within the framework of the United Nations Framework Convention on Climate Change (UNFCC) to assist developing countries to respond to climate change.

In terms of de-risking the African water sector and making it more attractive to investors including those from the private sector, the AIP plans to work with partners such as the United Nations Development Programme (UNDP) to establish a water investment facility with an element of technical support offered to African regulators and water utilities.

“We need to raise the standards and capacities of African utilities so that they are able to attract financing on their own merit,” said Dr Pradeep Kurukulasuriya, executive coordinator and director, UNDP.

Osward Chanda, acting director of water and sanitation at the AfDB, said that as part of the drive to increase private sector interest in Africa, water should be an reflection of how Africa’s governments themselves use their national budget allocations and resources as a means to leverage external finance flows.

The AfDB group has recently approved a new water policy, prioritising water security and the transformation of water assets to foster sustainable, green and inclusive economic growth in regional member countries. This is expected to support the implementation of the AIP and its goal to transform the outlook for water investments in Africa.

“The AIP represents new hope for Africa because it brings together governments, investment banks, development agencies and the private sector and pulls them in the same direction,” said Dario Soto-Abril, chief executive of GWP.

“This is an Africa-bound and created initiative and a beacon for countries in the global north to invest in the commitment they have made in the Paris Agreement and all UNFCC conferences,” he added.

In its support to the AIP, the International High-Level Panel on Water Investments will drive global political mobilisation and international engagement to narrow the water investment gap on the continent and meet the socioeconomic needs for water.

“The panel will bring high level visibility and unlock increased political commitment and resources. And it builds on initiatives that we already have in place, such as the AIP Water Investment Scorecard,” said Kelly Ann Naylor, director of water, sanitation and hygiene at UNICEF.

UNICEF is one of the partners supporting the development the AIP Water Investment Scorecard, under the leadership of AMCOW and AUDA-NEPAD, which will inform the work of the Panel by supporting African countries to track progress on the mobilisation of investments in the water sector and raise awareness among heads of state and government decision-makers on bottlenecks.

Development of the AIP Water Investments Scorecard kicked off in April 2021, during a high-level event co-hosted by Dr Ibrahim Mayaki the chief executive of AUDA-NEPAD, and Kikwete. It’s anticipated that the AIP scorecard will then be presented to the African Union heads of state in February 2022.

Also in the first quarter of 2022 is the anticipated launch of the International High-Level Panel on Water Investments.

Most recently, in September 2021, the executive committee of AMCOW formally welcomed the nomination of Dr Hage Gottfried Geingob, President of Namibia, and the current host country of the Presidency of AMCOW as panel co-chair.

Kikwete has been nominated as the alternate co-chair, while the Kingdom of the Netherlands, host government of the GCA and co-host of the 2023 UN Conference on the Water Action Decade, will be approached to co-chair as a representative of the Global North.

“A roadmap for the anel has already been adopted by the convening organisations,” said Alex Simalabwi, executive secretary: GWPSA-ACU and head: joint secretariat for the panel.

“Key events for the panel will include the World Water Forum 2022 in Senegal, the African Bank annual meetings, World Water Week, and COP27 planned to take place in Egypt in the final quarter of 2022,” said Simalabwi.

“An inaugural meeting was hosted by the GCA, on the side-lines of the High-Level Dialogue on Climate Adaptation with Global Leaders ahead of COP26, in Rotterdam, the Netherlands, on 7 September 2021,” he added.

The High-Level Dialogue was co-convened by Ban Ki- Moon, 8th secretary-general of the United Nations and co-chair of the GCA; Professor Patrick Verkooijen, chief executive of the GCA; and Kristalina Georgieva, managing director of the International Monetary Fund.

During the GCA High-Level Dialogue, Kikwete urged world leaders to place water at the centre of adaptation action — specifically for Africa. He reiterated that message at COP26 this week.