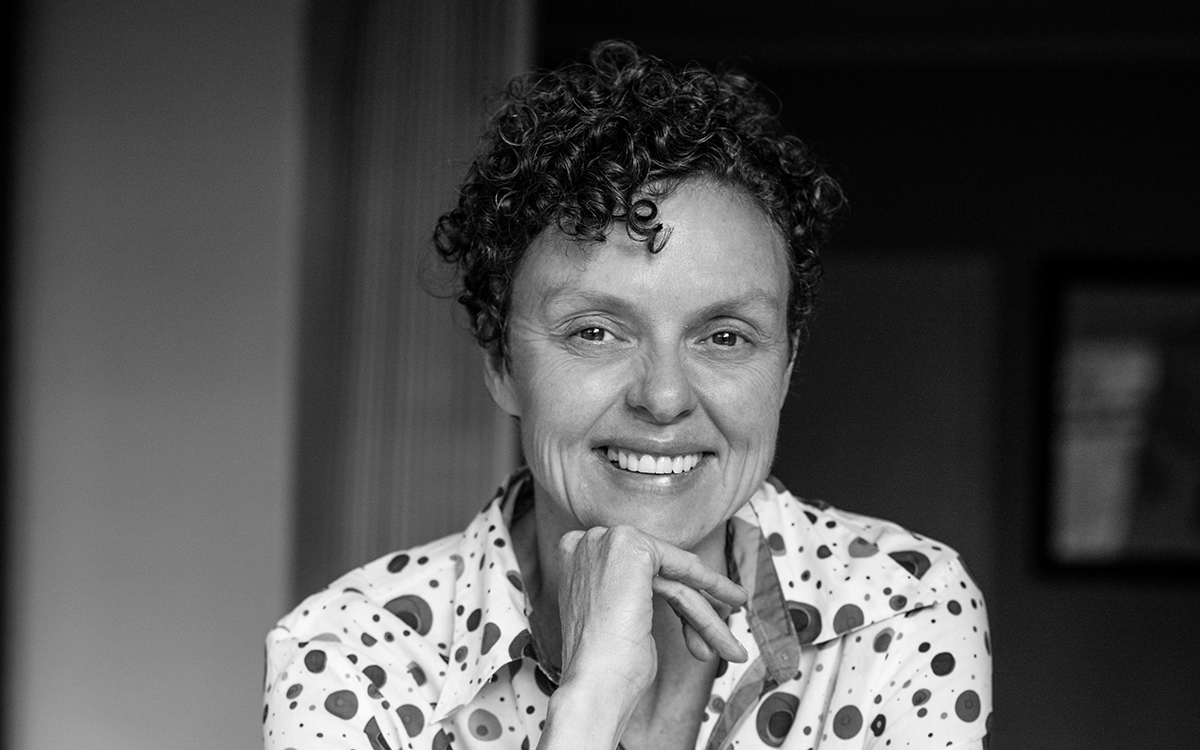 Professor
School of law, University of the Witwatersrand

At the age of nine, Tracy-Lynn Field wrote a letter to the editor of Family Radio and TV magazine. This set the stage for what would become a lifelong commitment to environmental activism and a general concern for people and the planet we call home. The 47-year-old professor at the University of the Witwatersrand’s school of law adds that her own coming of age coincided with the global mainstreaming of sustainable development.

“I was 18 when the UN Conference on Environment and Development was held in Rio de Janeiro in 1992 – the same global event that spawned the UN convention on climate change and the convention on biodiversity,” she says. “I grew up with the evolution of the global understanding of the depth and immediacy of the ecological crisis that is upon us, which is always a socio-ecological crisis because the social and ecological fabric deteriorate together.”

Since 2003, Field has been teaching several courses on environmental and sustainability law to students at Wits. “With the help of an amazing team at Wits this year, I was awarded the Claude Leon Chair in Earth Justice and Stewardship, which is paired with a colleague from the hard sciences, Professor Craig Sheridan.”

While she has spent more than two decades working in climate justice and renewables, water justice is a particular area of interest for Field. She says meeting Bill Frankel, chair of the Claude Leon Foundation, is a career highlight. “I promised him that I would do everything in my power to fight for the planet and people, particularly in the area of water justice, which will be a key focus for the next five years.”

“I grew up with the evolution of the global understanding of the depth and immediacy of the ecological crisis that is upon us, which is always a socio-ecological crisis because the social and ecological fabric deteriorate together.” 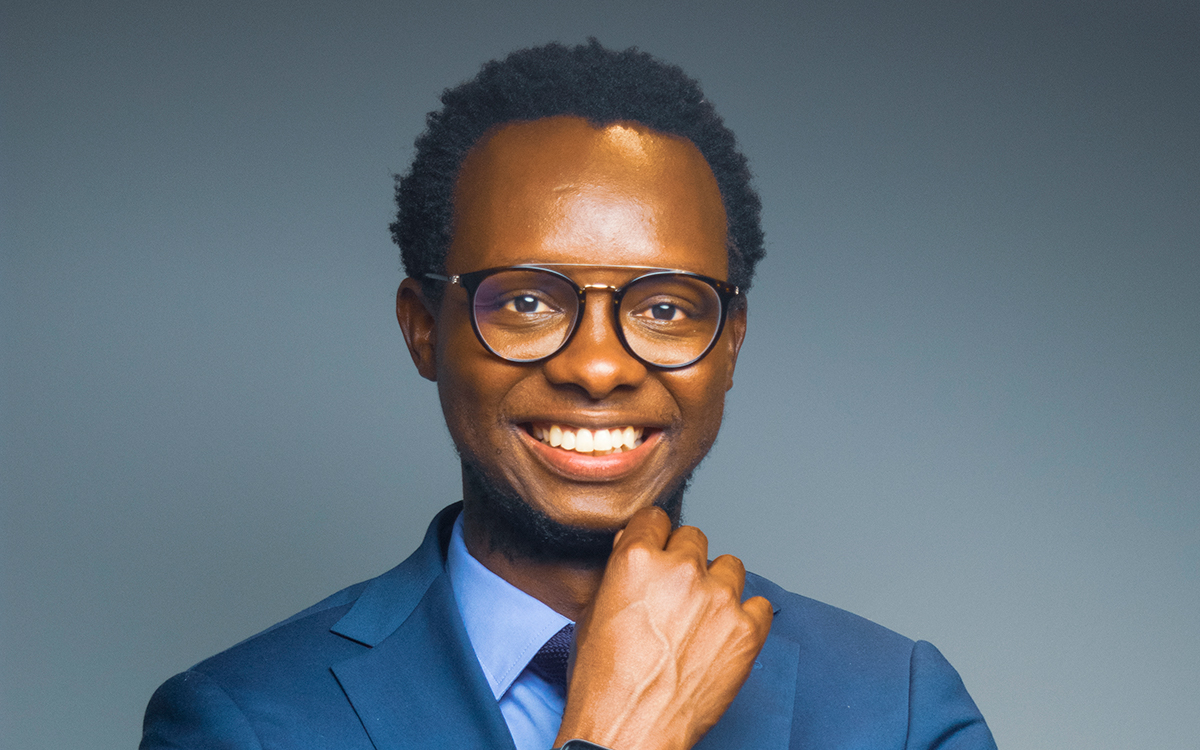 Sivuyile Pezulu is the founder and managing director of iNdalo Water Technologies, a water and wastewater engineering company that specialises in chemical-free treatment solutions. The company treats wastewater on site into reusable grey water. The use of grey water leads to a water bill reduction of up to 30% for its clients. iNdalo also specialises in industrial water treatment, where it removes minerals that cause scaling, corrosion and fouling. “Our ambitious vision as a company is to reduce freshwater usage in Africa by 50%, while accelerating access to clean drinking water,” Pezulu says.

Pezulu grew up in Flagstaff along the Wild Coast and had no access to piped water at home, relying on nearby streams for water. “My mother, a qualified teacher, was able to erect a water tank to harvest rainwater,” he says. “For most of my childhood, my brothers and I would take a wheelbarrow and 2.25-litre drums to fill at the river after school. Today, my childhood experience adds context and passion to the problem we are solving as a company.”

He’s a strong believer that access to clean water makes for thriving communities: “Businesses can be established, communities are healthier and productivity, as well as leisure, increases as less time is dedicated to fetching water. If I’d had the choice as a boy, I can think of many things I would rather have done than spending an hour or two in the afternoon fetching water from the river.”

“Businesses can be established, communities are healthier and productivity, as well as leisure, increases as less time is dedicated to fetching water.” 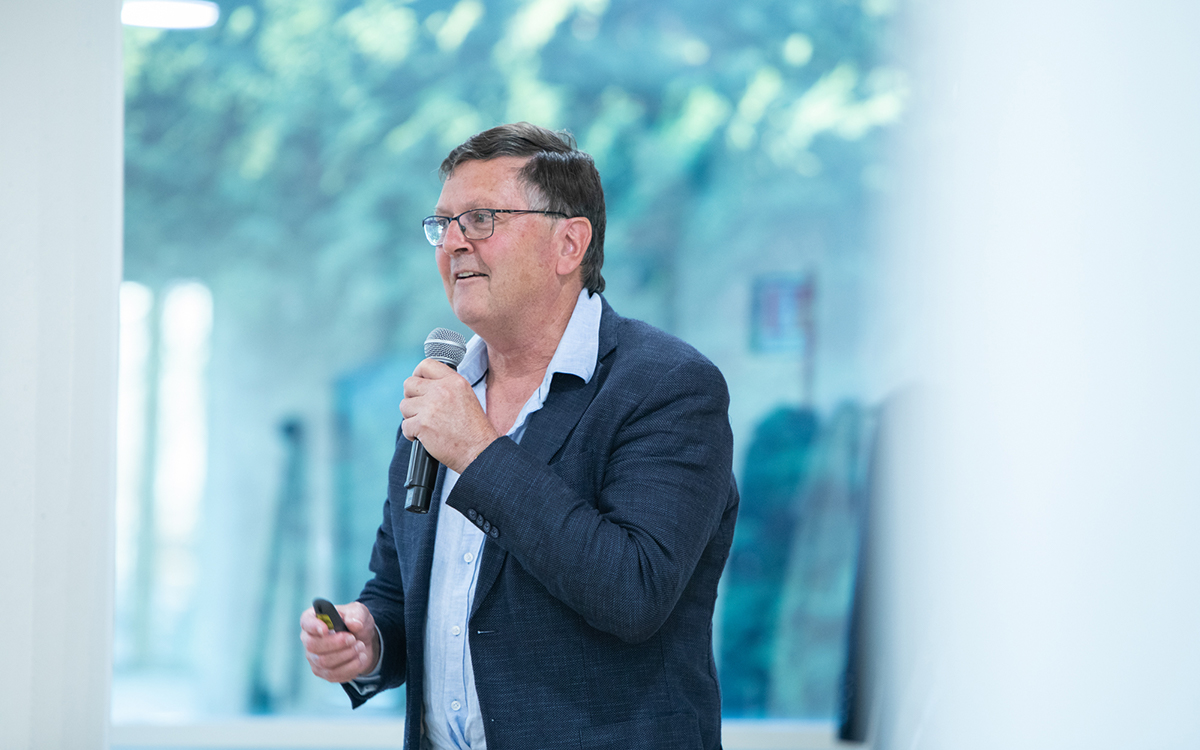 All Capetonians remember the near-catastrophic events of the narrowly avoided “Day Zero” in 2018. But what did we learn from the crisis?

“We went through a drought, which sounds obvious,” says Kevin Winter, senior lecturer in the department of environmental and geographical science at the University of Cape Town. “However, we don’t know how much of it was caused by climate change. What we do know is that we have seen significant well-below-average rainfall. If we look at the records, our current worry is that the intervals between droughts may be becoming shorter, which could be catastrophic.”

On top of lecturing, Winter is pioneering some pretty impressive work with The Water Hub. Situated in Franschhoek, the Water Hub is a research and demonstration site founded in 2017 with the support of the Western Cape government and Stellenbosch Local Municipality.

Treatment of contaminated water to make it potable is typically done using chemicals, however, Winter and his team have found natural solutions that work just as well, such as stone aggregates and peach pips. As research thrives, so has The Water Hub: “We now have a community food garden and an aquaponics project for fish.”

When asked what the most looming environmental issue facing us as a society is, Winter maintains that it is poverty and inequality. He posits that what is at stake is not only our natural habitat, but also human dignity. “Poverty, especially in growing urban areas, entrenches people in unacceptable systems that limit education, experiences and opportunities to experience nature.”

As he works towards a better world for all, Winter acknowledges that many of the solutions can be unlocked by examining the world around us — a point he has proven time and again through his work with The Water Hub. “I am constantly surprised by nature and learning from nature,” he says.

When asked what is the most looming environmental issue facing us as a society, Winter maintains that it is poverty and inequality. 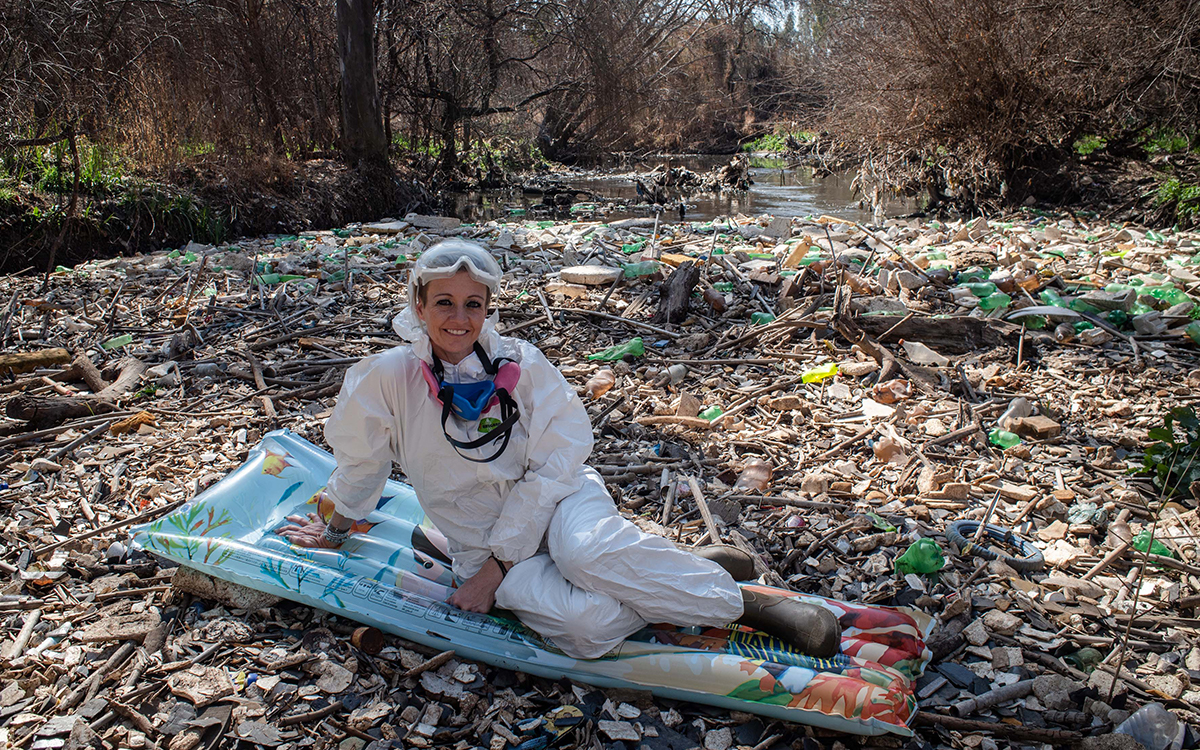 Tarryn Johnston started Hennops Revival to restore the health of the Hennops River, the largest and most polluted river in Gauteng.

It began when her then 12-year-old daughter asked her for help in organising a river clean-up in September 2019. Johnston saw that one river clean-up would not be enough. She is now at the helm of a four-people team, which expands for bigger clean-ups.

In a perfect world, the river could be used as a freshwater source or for recreational purposes. Right now, it is mostly full of raw sewage and waste materials.

Given this, Johnston had her fair share of naysayers who said her work was futile, but her tenacity has garnered the support of the community. She has a background in plants and plant activism, and has now taught herself about water conservation. “Water is a great teacher, it teaches you to trust, surrender, flow,” she says.

Hennops Revival has also set up various temporary emergency homeless shelters, done bank retention work, and has developed a working relationship with the City of Tshwane. Johnston is the global chairperson of the Moving Water Alliance, which performs river and beach clean-ups.

She wants to stop people from throwing their waste into the river by collaborating with the city to create incentive-based recycling points, to allow people to get instant rewards for handing in their recyclables.

Johnston believes it will take generations before the river is clean again. “I’m not thinking about reaping the rewards today. I might not even be alive to see the fruits of my work,” she says. Safeguarding our water and our heritage begins now. As Johnston says, the future started a long time ago.

“Water is a great teacher, it teaches you to trust, surrender, flow.” 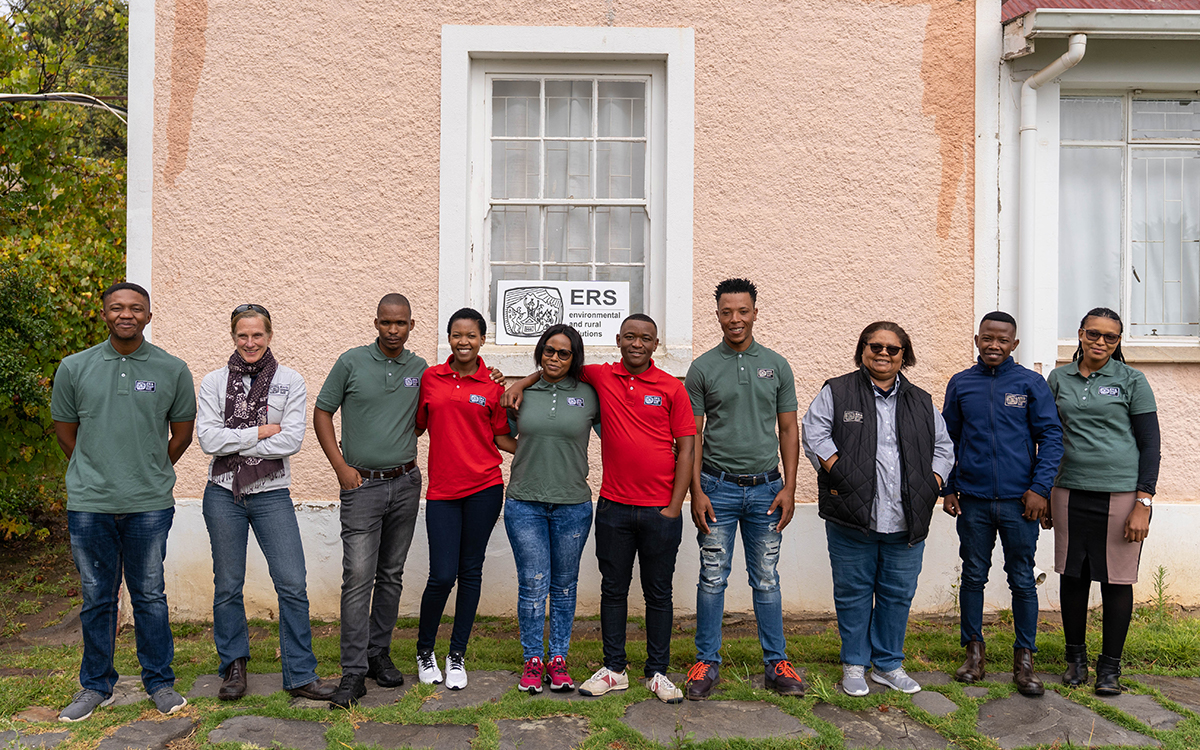 Environmental and Rural Solutions is a women-owned social enterprise established in 2002. The organisation integrates environmental management into developmental decision-making. Democratically elected governance structures were being introduced into local rural communities at its founding.

Environmental and Rural Solutions recognised early on that it was difficult for rural populations to support environmental management unless it addressed issues of community and household livelihoods. Working with the local rural communities, a model was developed to build resilience for sustainable production to benefit people and the environment they live in. This is premised on the organisation’s belief that effective and sustainable management will only happen if the needs and livelihoods of local people are prioritised.

Environmental and Rural Solutions fully subscribes to the UN’s Sustainable Development Goals, with an emphasis on building social and environmental management networks, as well as capital to build sustainable rural economies. This includes developing local youth capacity in green business value chains that promote sustainable utilisation of natural resources — which in turn contributes to community building and biodiversity conservation.

South Africa is a water-scarce country and one of the major initiatives that the organisation is engaging in is the protection of the Drakensberg mountain range as a strategic water source area using stewardships and good governance. For this, Environmental and Rural Solutions is cooperating with different agencies around the country, while also providing positive publicity for the work that local communities are doing. Co-director and co-founder Sissie Matela believes it is fundamental to educate yourself about the needs of your community and how to provide for your extended family. She adds: “There is no need to go looking for jobs far away. Make sure you build your capacity to make a living out of what your landscapes can provide. This way, you will be able to build thriving communities.”

Environmental and Rural Solutions fully subscribes to the UN’s Sustainable Development Goals, with an emphasis on building social and environmental management networks and capital towards sustainable rural economies. 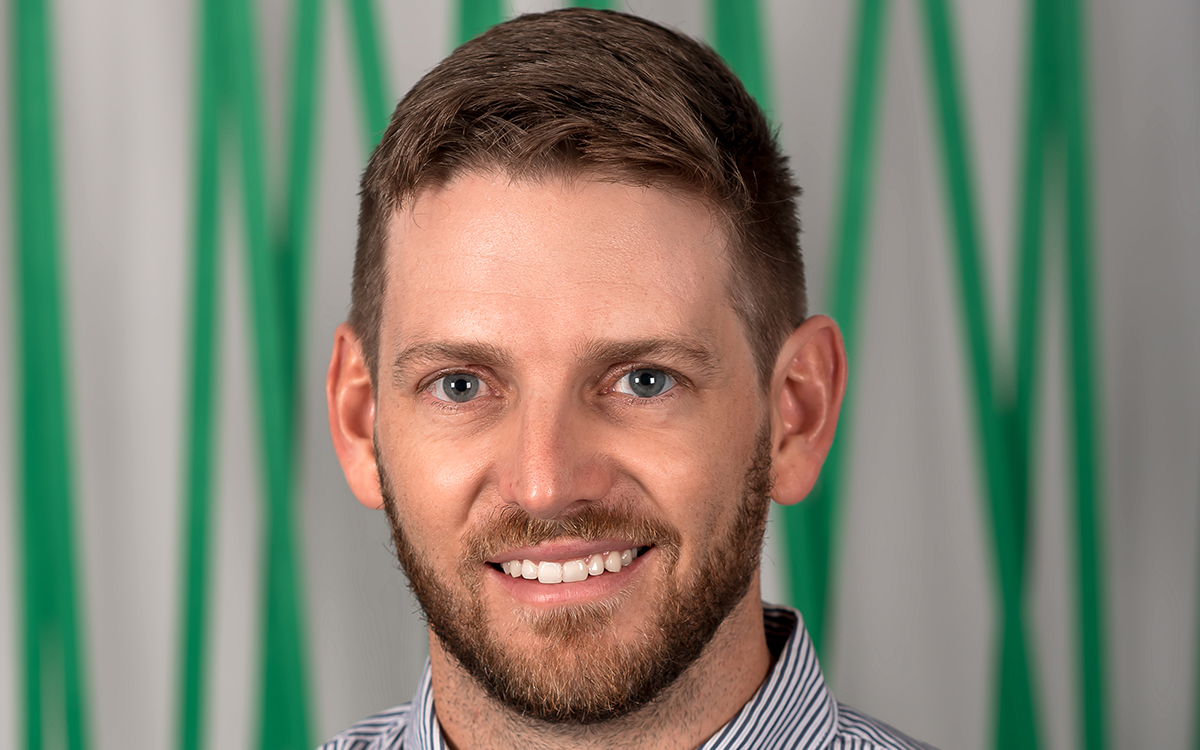 Like many children, Nick Fordyce grew up obsessed with animals and eventually channelled this passion and desire to help conserve our natural world into completing a BSc in ecology and then a master’s in environmental law at the University of Cape Town.

His first professional role was project manager of the Liesbeek maintenance project, which focuses on the ecological rehabilitation of the Liesbeek River (managed by Friends of the Liesbeek). He then took up the post of urban greening programme manager with The Greenpop Foundation, a role that focused on urban greening projects in low-income areas in Cape Town. In his current job with GreenCape, he works in the communications team on a broad range of green economy projects in renewable energy, water and sanitation, electric mobility, sustainable agriculture and the circular economy.

With South Africa being a dichotomous country, both economically and socially, Fordyce believes that the pursuit of a sustainable, green and circular economy will radically address these challenges in a meaningful way. His work as chairperson of Friends of the Liesbeek — although primarily related to the ecology of the Liesbeek River — enables him to work with a diverse range of stakeholders to help inspire innovative approaches to complex issues. He adds: “We need to be innovative in the way we tackle problems in our society. For example, we can attempt to restore the river environment as much as we like, but it will be fruitless if we do not simultaneously work to reduce poverty and unsustainable urban design, amongst other things.” Environmental work can be emotionally taxing and Fordyce encourages people to take time to reconnect with nature. Sustainability is about taking responsibility for how we live — it is not only beneficial to the planet, but invariably also beneficial to our physical and mental health.

“Intuitively, living in a sustainable way just makes sense. I believe it is also the only way to address and overcome the imbalances in our global society.”